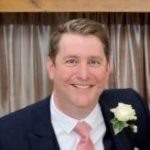 Warren joined the ICO in May 2021 where he leads on work related to the Freedom of Information Act and Environmental Information Regulations. This includes oversight of the casework teams that make decisions on complaints about the handling of Access to Information requests by public bodies. He also acts as a champion for transparency by the public sector – and those that work with it – so that the information that most affects citizen’s lives is published proactively wherever possible, without the need for information requests.

He joined the ICO from his role as Director of Strategy and Communications at the Parliamentary and Health Service Ombudsman, where he had been since 2017. Before that he was at the Electoral Commission, where he spent almost four years as Head of Media and Public Affairs and led the development of a new partnership marketing strategy to increase voter registration. Prior to the Commission he held a number of roles in the Civil Service, including Private Secretary to the Minister of State for Constitutional Affairs, and spent a year at Age UK working on its Government and Stakeholder Relations strategy.