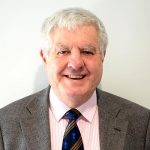 Sir Wyn was called to the bar in 1974 and became a Queen’s Counsel in 1992. He served as a Recorder until his appointment as a specialist Chancery judge for Wales in 2004. He was appointed a High Court judge in 2007 and assigned to the Queen’s Bench Division. He served as a presiding judge for the Wales Circuit and as Deputy Chairman of the Boundary Commission for Wales, and was appointed the first President of Welsh Tribunals in December 2017.