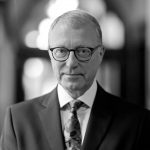 Sir Ernest Ryder is the Master of Pembroke College, Oxford University.  He served as Senior President of Tribunals in the United Kingdom, a Lord Justice of Appeal in England and Wales from September 2015 until September 2020.  He was also the senior judicial member of the Board of Her Majesty’s Courts and Tribunals Service and the Judicial Reform Board for England and Wales.

Until his appointment to the Court of Appeal, Sir Ernest was the Presiding Judge of the Northern Circuit where he sat in the criminal, civil and administrative courts.  He was formerly a judge of the Family Division of the High Court and the Family Division Liaison Judge for the same Circuit.  As Judge in Charge of the Modernisation of Family Justice, he was responsible for the creation of the Family Court and the family justice modernisation programme in England and Wales.

Sir Ernest was educated at Bolton School and Peterhouse, Cambridge.  He started his professional life as a merchant banker and has also been a commissioned officer in the Army Reserves.  He was a barrister and then Queen’s Counsel practising in family and administrative law from chambers in Manchester.  He is a Bencher (Master of the Bench) of Gray’s Inn. He is the Chancellor Emeritus of the University of Bolton, an honorary Professor of Law at the Universities of Lancaster and Bolton, a Visiting Fellow of Nuffield College, University of Oxford, an Associate Writer of the Signet in Scotland, an Honorary Member of the Society of Legal Scholars and a Trustee of the Nuffield Foundation.