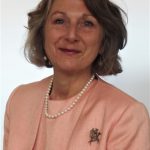 Rosemary Agnew has been the Scottish Public Services Ombudsman since 1 May 2017, investigating and resolving or deciding complaints about the Scottish public sector (except Police).

Her role also includes Independent National Whistleblowing Officer for the NHS in Scotland, independent reviewer of applications to the Scottish Welfare Fund and the Complaints Standards Authority.  She sets standards for the investigation of public service complaints and the handling of whistleblowing concerns, promotes good practice and monitors Scottish public sector performance.

Since 2019, Rosemary has sat as a member of the Ombudsman Association Board.