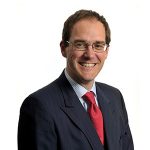 Richard is a partner at Bond Dickinson’s nationally recognised planning and infrastructure team. He has 20 years’ experience dealing with compulsory purchase matters. Over the last five years he has specialised in the area of nationally significant infrastructure projects and in particular advising applicants on the compulsory acquisition processes for Development Consent Orders.

He has also acted on a number of town centre regeneration schemes for promoters and local authorities. On the claimant side he acted for a number of parties affected by the 2012 London Olympics compulsory purchase processes as well as owners affected by the Channel Tunnel Rail Link and HS2 acquisitions, Cross rail and on several Transport and Works Orders.

Richard has been a member of the Compulsory Purchase Association since 2003. Over the last 3 years he has co-ordinated the reform group for the CPA, meeting with Government Departments and other key CPO participants to put forward the case for reform.

He regularly lectures on compulsory purchase issues and has been a speaker at past CPA conferences.