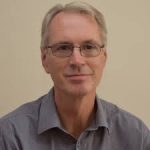 Ray Burningham is a former civil servant, having joined the Lord Chancellor’s Department in 1978. He was Chief Executive of the Administrative Justice and Tribunals Council between 2007 and 2013. His other administrative justice roles include Secretary to the Council on Tribunals and Secretary to the Committee for Administrative Justice & Tribunals Wales. As a consultant for the British Council and Council of Europe Directorate General Human Rights and Rule of Law since he has contributed to a number of justice assistance projects in Eastern Europe, Central Asia and the South Caucasus.