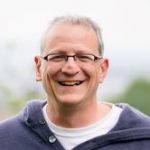 Dave Cowan studied law at Southampton, graduating in 1989. He worked as a Research Assistant at the Law Commission (1990-1991), before becoming a Lecturer at Southampton University (1991-1993); Sussex University (1993-1995); and then Bristol University (1995-) where he has been Professor of Law and Policy since 2003. He teaches Property Law and optional units, Housing Law and Policy and Rich Law, Poor Law. He is Director of the MSc (Socio-Legal studies) programme. Dave’s research is mostly socio-legal, and focuses on social theory and the housing system(s). His most recent book, with Helen Carr and Alison Wallace, is Ownership, Narrative, Things which develops an ethnographically oriented approach to the appreciation of property, ownership and tenure (Palgrave Socio-Legal Series, 2018).

His current project is about continuous cruising barges, which has been generously supported by a small grant from the UK Socio-Legal Studies Association. He is interested in this context in their regulation and governance, as well as the way in which home is made and unmade.

Dave has been successful in obtaining funding for his research. His most recent project, funded by the Leverhulme Trust, concerned shared ownership. He has previously conducted and managed research funded by the Office of the Deputy Prime Minister, the Nuffield Foundation, ESRC, and the Joseph Rowntree Foundation.

He was Vice-Chair of the Socio-Legal Studies Association from 2001-2003, and a member of the Civil Justice Council’s Housing and Land Sub-Committee from 2000-2004. Dave was a Visiting Academic Consultant at the Law Commission, 2005-2007, working on projects concerning housing adjudication and compliance. He is currently a member of the editorial board of the Journal of Law and Society and an editor of Social and Legal Studies. He is also the series editor of the Palgrave MacMillan Socio-Legal Series.

For more information on Dave’s research and publications, visit: http://www.bristol.ac.uk/law/people/david-s-cowan/index.html