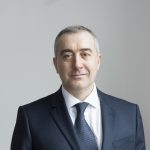 Mick King was appointed Local Government and Social Care Ombudsman for England in January 2017. Mick has served as Deputy Local Government Ombudsman since 2004 and was, most recently, the Chief Executive Officer, Accounting Officer, and Secretary to the Commission for Local Administration in England. Prior to joining the ombudsman sector he worked for fifteen years in a range of consumer and public protection roles, including as the Chief Trading Standards Officer for Northumberland County Council.

At the LGSCO, Mick has been responsible for expanding the Ombudsman’s role to cover all types of adult social care services in both the public and private sectors, as well as leading significant business transformation to streamline the Ombudsman’s operations and improve public access and accountability.