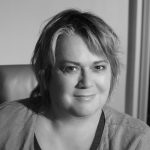 Lucy is the Managing Director of Scott-Moncrieff & Associates Ltd which she set up in 1987.

Lucy has not only built her firm, but has also built her reputation as a mental health and human rights lawyer, and as a promoter and supporter of the profession and its values.

She has been a Law Society Council member since 2002, was Law Society President during the 2012/13 term and Chair of its Equality, Diversity and Inclusion Committee from 2013-2018.

Lucy is the House of Lords Commissioner for Standards, a founder member (and past Chair)  of the  Legal Aid and Access to Justice Committee of the International Bar Association,  and sits as a  Mental Health Tribunal judge.

Lucy has been a  Mental Health Act Commissioner, was a founder member of the QC Appointments Panel, was a commissioner with Postcomm, and with the Judicial Appointments Commission and is an associate with Verita, which carries out investigations on behalf of public bodies.