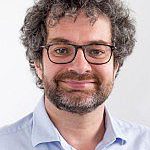 After studying law at the University of Glasgow, Lindsay proceeded to postgraduate study at the London School of Economics and Political Science. His doctoral research in the Department of Government at the London School of Economics was awarded the Lady Alma Birk prize for outstanding work in pursuance of a PhD.
Lindsay has researched widely in the fields of public law and regulation, and the history of public law and public administration (see his research page for more information). He won the Society of Legal Scholars Best Paper Prize 2009 for joint work with T T Arvind.

You can get a sense of the style and substance of Lindsay’s scholarship by listening to a screencast of his Professorial Lecture.