Huw joined Cardiff School of Law and Politics in September 2015 as a lecturer in devolved law and governance. His main areas of interest are the law of devolution in Wales and the UK and the devolution of justice. He is also interested in constitutional law, administrative justice and the effects of devolution on the law of health and social care. He is a member of the Wales Governance Centre. Huw is also a member of the Cardiff School of Law and Politics Centre for H 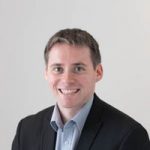 He was awarded a PhD from Bangor University School of Law in 2015. This focused on devolved administrative tribunals in Wales and their implications for the devolution of justice functions to Wales. His research was fully funded by the Coleg Cymraeg Cenedlaethol. Prior to this he completed an LLM in Devolved Law and Government at Bangor Law School (2009) and an LLB in Law and Welsh at Cardiff Law School (2008).

Huw was appointed to the Academic Panel of the Administrative Justice Council in 2018. He has provided oral evidence to the Constitutional and Legislative Affairs Committee of the National Assembly for Wales and written responses to Welsh Government consultations.